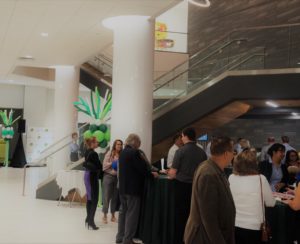 The finalists for the community Difference Maker contest were nominated and voted for through the bank’s Facebook page. In the nonprofit category, the first-place winner and recipient of a $3,000 donation is Blessed Backpack Brigade Inc. Runners-up Project Nova Inc. and Simon Says Give each received a $1,000 donation. In the business category, The Learning Hub won first place and a gift of $3,000 to donate to its charity of choice, Simon Says Give. Runners-up and winners of a gift of $1,000 to donate to their charity of choice were Dance Sensations Dance Studio and Luminosity Salon. Dance Sensations donated its prize to the Douglas Parent Advisory Council, and Luminosity donated its prize to Blessed Backpack Brigade Inc.

The finalists for the Webster Five employee Difference Maker contest were nominated and voted for by their coworkers for demonstrating a strong commitment to making a difference in their communities. Melissa Baar, AVP collections manager, placed first and won $3,000 to donate to her chosen charity, Community Healthlink. Runners-up and winners of $1,000 for their chosen charities were Sam Bitar, VP business systems manager, and Nancy Bouchard, AVP senior branch manager. Bitar’s charity of choice is Central Massachusetts Housing Authority. Bouchard is splitting her donation between the Webster Dudley Food Share and the Oxford Ecumenical Food Shelf.

Donald F. Doyle, president and chief executive officer of Webster Five, stated, “Congratulations to all of our winners! It’s inspiring to see all of the work you are doing that helps to reinforce the bank’s long-standing commitment to give back to our community. You make a tremendous difference in our community and I thank you for that. As part of our 150th anniversary, we are ‘celebrating different,’ and we are excited to highlight the Difference Makers in our community. We at Webster Five are looking forward to making a difference for the next 150 years.”

Back to Our News